Logan Hicks is a New York-based artist known for using multiple layers of stencils to achieve photorealistic imagery. Studying at the Maryland Institute of Contemporary Art in the early 1990s, Hicks cut his teeth as a successful screen printer, before being inspired to branch into stencils. During a party thrown at his 6,000 square foot warehouse he owned in Baltimore, Hicks befriended Shepard Fairey, who inspired him to move to Los Angeles to align with the Low Brow movement of the 90s, and concentrate on his fine art stencil work. Hicks relocated to Brooklyn in 2006 to focus on his fine art.

Called a painter with a photographer’s eye, Hicks’ work has largely focused on the perception of the urban environment, at times humanizing its architectural angles and structures, and at others using its vastness to explore identity, awe, and loneliness. Through an almost old masters approach to lighting, Hicks has learned to manipulate ordinary architectural scenes into deeply metaphorical and contemplative imagery, compounded with his usage of color in the studio. In recent years, the artist has delved further into his own metaphorical language, bringing in themes like water to create dream-like imagery that explores his own meditative contemplation on life, death, struggle and submission. Tapping into his fascination with architecture, Hicks has also translated a history of decorative and cultural patterns into his stencil pieces, furthering the obscured reality created by patterns by incorporating them into photorealist stencil. To Hicks, pattern are an extension of light, hiding reality the same way trees cast shadows on the forest floor.

Hicks’ introspective themes and imagery are pushed from sullen to vibrant to enigmatic, with his expert use of color and meticulous control of the spray can. Over the years, Hicks has developed his impeccable photorealistic style using stencils, sometimes using up to 15 layers of stencil to achieve this precision. Beginning with his own photographs, the images are translated to layer upon layer of stencil, brought to bold dimensionality by blending colors through aerosol.

Hicks’ mastery has gained him world wide respect, and given the artist opportunity to create permanent stencil murals in Miami, Baltimore, New York, Tunisia, Istanbul, Amsterdam, Paris and beyond.  In 2016, he was chosen as the featured artist for the historic Bowey Wall in New York City. His piece, The Story of my Life” was a five layer stencil that incorporated over 800 lbs of stencils. 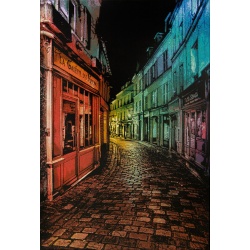 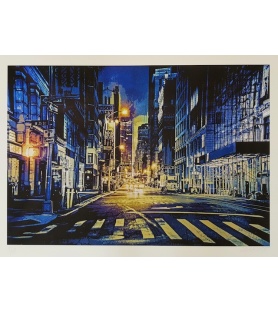 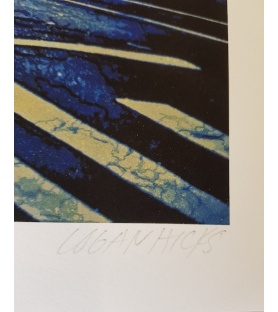 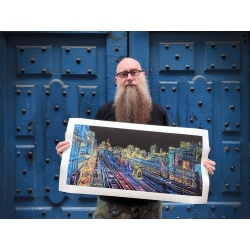 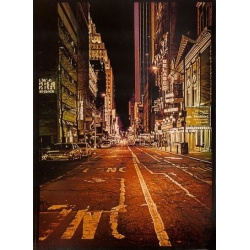 Logan Hicks - What do you get 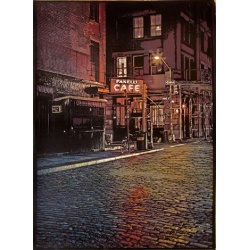 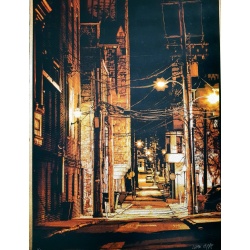 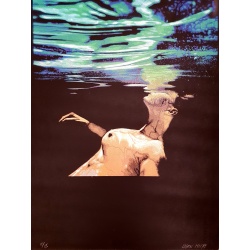 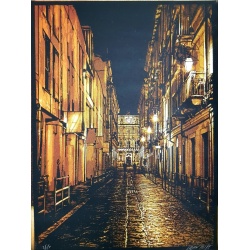 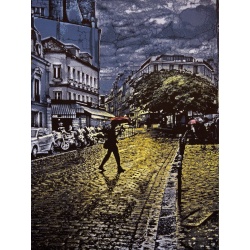 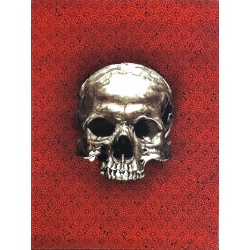 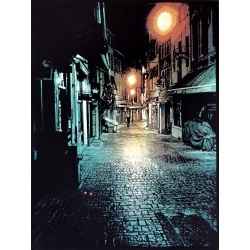 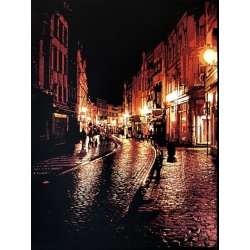 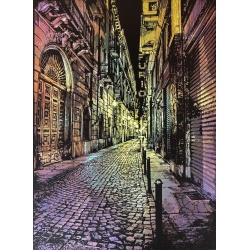 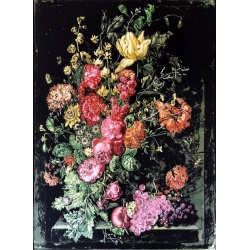 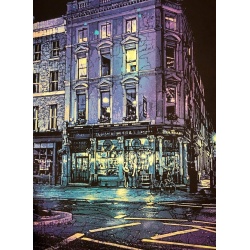 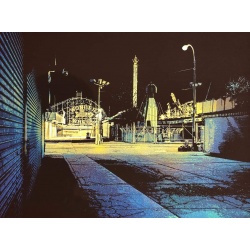