Invader is a French street artist and mosaicist, born in France in 1969. Since 1996, he has been installing a series of Space Invaders, made in mosaics, on the walls of large international metropolises.

The invasion began with a first Space Invader landed in 1996 in Paris, at the start of 2021, 3,962 Space Invaders were located in seventy-nine cities around the world. 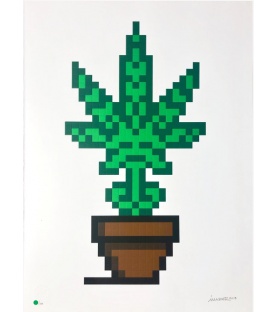