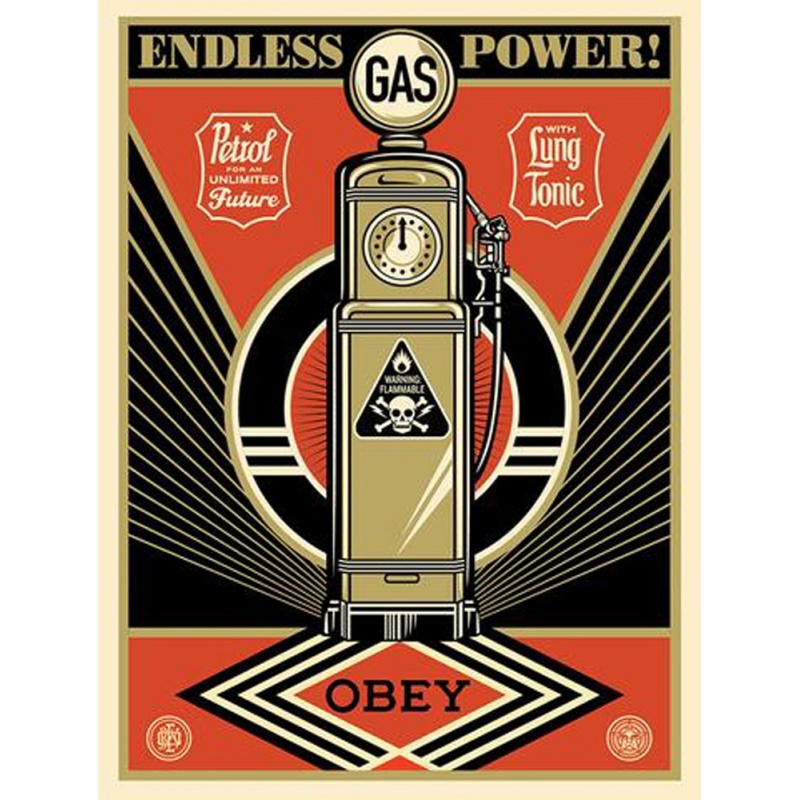 The “Endless Power” poster is about a few things-¦ power, wishful thinking, truth in advertising, and the environment. I designed this print to feel like a vintage ad celebrating the abundance of America and the bright future of the American Dream. A lot of shrewd advertising has been created to suggest that things we want are also good for us and society. Perfect examples are the ads celebrating the health benefits of liquor and cigarettes. My inclusion of the badge stating “with lung tonic” is a humorous nod to the absurd health claims historically made for harmful products. The claim that petrol provides an unlimited future is a snapshot of the overly-optimistic wish that oil is unlimited. Though oil is finite, our reliance on it is so extreme that the power wielded by those who control oil is virtually unlimited, a situation that inspired the title ‘Endless Power”. Oil and gas companies and the car manufacturers who profit heavily from gas powered engines used their power and influence to overturn a zero emissions law in the state of California, effectively delaying electric cars arriving on the market accessibly for ten plus years. It is dangerous for an industry to have that much power. Scientists hired by fossil fuels corporations represent the minority of the scientific community who claim oil stocks are endless and that oil and gas don’t contribute to climate change. These are the same scientists who, if paid, would claim that smoking cures asthma or gas fumes are a cure-all lung tonic. Though oil may have originally seemed to be endless, we now know the world’s oil reserves will run out eventually. Estimates range from 10 years to 200 until accessible oil is depleted. The oil was formed by natural geological processes which occurred over millions of years. Oil consumption presently exceeds 25 billion barrels a year and demand continues to spiral upward, out of control. The outcome is inevitable. In the 21st Century we rely on oil and gas for transport – cars, ships, aircraft – as well as a lot of electrical power. Our lifestyle cannot survive without oil and gas, and when the supply runs out, the great engine of Western civilization will be in trouble. We are heading for an event that will be remembered as one of the great disasters of human history, and life is going to get harder for everyone unless we cultivate renewable alternatives. -Shepard 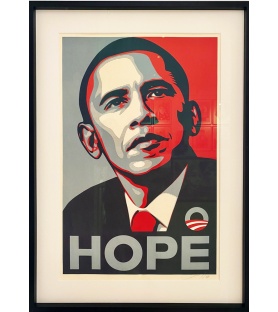 THIS COPY IS SIGNED and DATED 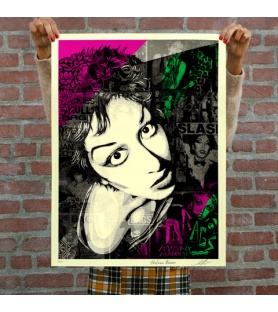 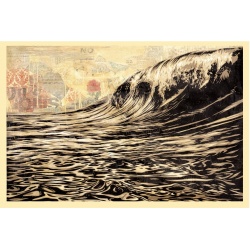 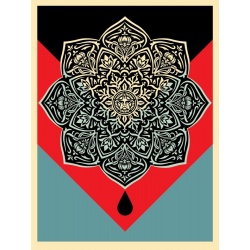